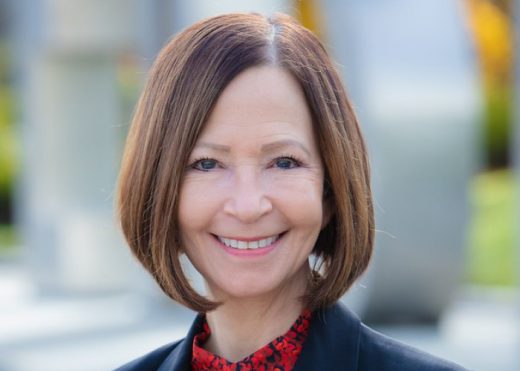 The California State University Board of Trustees has appointed Cathy A. Sandeen, Ph.D., to serve as the next president of Cal State East Bay, following President Leroy M. Morishita’s retirement. Sandeen has served as chancellor of the University of Alaska Anchorage.

“I am thrilled to return to the Bay Area to work alongside Cal State East Bay’s gifted faculty and staff to further the academic achievement of this wonderfully diverse group of students attending the Hayward and Concord campuses,” she said. “My own previous experiences and future aspirations closely match Cal State East Bay’s values, and the university-wide commitments to communities of color and sustainability are particularly relevant in this time. I embrace those commitments and will work to further the university’s leadership in these critically important areas.”

Morishita, who was appointed to Cal State East Bay in 2012, wished Sandeen his best. “I am pleased to welcome Dr. Cathy Sandeen as the next president of Cal State East Bay,” he said. “Dr. Sandeen has an impressive record of accomplishment in major public universities, including the University of Wisconsin system and most recently as chancellor at the University of Alaska Anchorage. As a proud graduate of the CSU, she brings a depth of experience and the knowledge needed to lead this special place. On behalf of the Cal State East Bay community, I offer my heartfelt congratulations to Dr. Sandeen and wish her the very best and much success.”