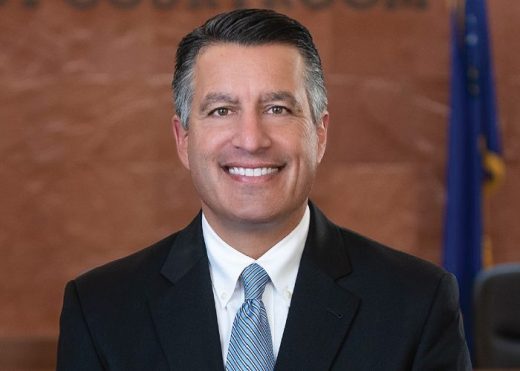 The Nevada System of Higher Education (NSHE) Board of Regents voted to appoint former Gov. Brian Sandoval as the University of Nevada, Reno’s 17th president. He becomes the first Hispanic person to ever be appointed to this position in the 146-year history of the University.

Prior to becoming governor, he served as U.S. District Court judge for the District of Nevada, being appointed the state’s first Hispanic federal judge. He also served as Nevada’s attorney general, was a member and chairman of the Nevada Gaming Commission, and he served two terms as an assemblyman in the state Legislature.

“Gov. Sandoval is a highly respected leader and visionary. As a two-term governor of Nevada, he has always worked to build bridges of support. His leadership during the Great Recession was instrumental in Nevada recovering from that economic downturn,” NSHE Chancellor Melody Rose said. “I am confident that his experience, along with his love for the state and the university is what this institution needs in a president at this time.”

“I have believed in the promise of the University of Nevada, Reno my entire life,” President Sandoval said. “I am extremely humbled and deeply honored to be given the opportunity by the Nevada System of Higher Education and the Board of Regents to lead our University and my alma mater into the future. The University and its people are the bedrock of our community. The work going forward will be to make our University an even better institution, building on the visionary legacy of our 146-year history.”