Home / Resources / Are We Talking Too Much in Video Interviews?

Are We Talking Too Much in Video Interviews? 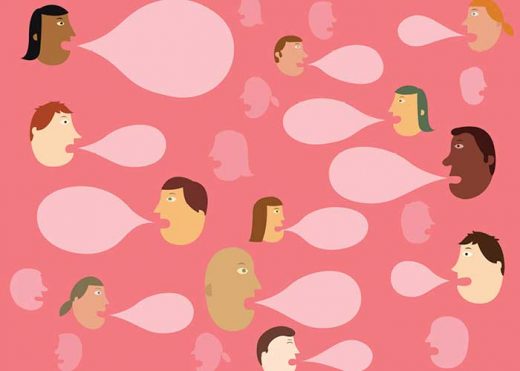 Prolix is a great word. It’s one of those words that you never hear used, and yet it is so apt in so many circumstances in higher education. It means using too many words to tedious effect. In my work as an executive search consultant, I encounter the definition, if not the word itself, every day (sometimes in myself).

This year, though, I am seeing that word in action more than ever. The proliferation of online meetings and conversations via Zoom and other platforms seems to be having an amplifying impact on academe’s prolix tendencies. I have no data to back up that assertion, but I do have more than 20 years of experience observing interactions between search committees, hiring officers, job candidates, and consultants to inform my anecdotal conclusion, and I report with confidence that people in these interactions are using more words than ever.

A recent experience is a case in point. A terrific candidate was meeting with a search committee via videoconference in the pandemic version of the “airport interview.” As usual, both the candidate and the search committee knew the amount of time available and the number of topics the committee wished to cover. Sixty minutes divided by 12 topics — simple division.

Well, math is one thing, but rhetoric is something else. Five times in the course of the hour did the chair of the search committee signal that the candidate needed to wrap up and move on to the next topic. Five times did the candidate keep talking. On the sixth occasion, the search chair was extremely direct with an admonishment. Did it work? No. The candidate continued talking for several more minutes. The experience was painfully uncomfortable to watch.

Search committees invariably are anxious to get through their carefully prepared and balanced questions. Candidates are even more anxious that they will be able to put the fullness of their capacities and experience on display. As the seconds tick by and the words continue to flow — however articulate and on point — the anxiety grows.

Soon, the committee is paying more attention to the clock than to the substance of the response, and everyone’s focus begins to drift — which is, after all, the definition of prolix in action.

It isn’t just candidates, either. My colleagues and I are finding that institutional citizens are taking more time and using more words to express themselves during due diligence “listening sessions.” Search-committee discussions are more expansive and lengthy than we have ever experienced. Even my colleagues and I are taking up more airtime in our exchanges with search committees and hiring officials. Too many words seem only to inspire even more words, cascading upon the senses to numbing effect.

Scholarship likely is, or will soon be, under way to determine the impact of the medium — i.e., the videoconference — on this phenomenon. In the meantime, I will hazard a guess. Videoconferencing seems to have at least two environmental aspects that induce wordiness.

In essence, no one kicks us under the table, so we keep talking.

So external cues are unlikely to cure this burgeoning Prolix Syndrome. Speakers must learn to govern themselves in this new world of virtual interviewing, mostly because it is unlikely to go away. Our clients are saving tens of thousands of dollars — and realizing, at most, only minor diminishments in effectiveness — by conducting at least their preliminary interviews online. Post-pandemic, it seems unlikely that they will go back to spending that money on the vast majority of searches being conducted annually. We, thus, must find ways to adjust ourselves.

I have a few ideas.

Know your lines. Mark Twain is famously credited with apologizing to a correspondent for writing such a long letter because he didn’t have time to write a shorter one. Most interviews consist of a series of questions or topics that are pretty predictable. Smart interviewers always ask for examples to illustrate responses to each topic. Stories are most effectively — and succinctly — told when rehearsed. When it comes to videoconference interviews, candidates and hiring officials need to be more prepared than ever.

Leverage the medium. If videoconferencing is part of the problem, make it part of the solution. When speaking, ensure that your screen is on “gallery view” or the equivalent so that you can see the audience. Resist the natural human temptation to look at yourself when speaking, and instead look intently at each of the people you are addressing. Watch for the small cues. Are people nodding as they absorb your comment? Are they looking at you, or away? Have they pushed away from their cameras? Do they keep trying to interrupt you? Read the signs and wrap up your point succinctly.

Encourage follow-up questions. One reason people speak at length is that they want to be thorough, to tie up all loose ends. Unfortunately, you as the speaker usually have no idea whether your words are accomplishing this, especially when deprived of non-verbal cues, so you keep talking until every imaginable question or objection has been covered. Rather than trying to cover every conceivable contingency by filling the air with words, ask your correspondent to help focus your discourse by giving you specific follow up questions or topics to which to respond. This way, you are talking about what actually interests your audience, presumably using many fewer words along the way.

Let people interrupt. One of the tyrannies of videoconference is that the sound is simplex, meaning that only one person may be heard at a time. As a result, you as the speaker have the power to filibuster. It is a power that you use at your own peril. Take a breath once in a while and allow your correspondent to help balance the exchange.

Just stop talking. I am a naturally garrulous guy. Always have been, even before kissing the Blarney Stone. In Latin class, we read Cicero, who never used one word when two would suffice. I took that to heart. Some years later, I was sitting in my office, struggling over the conclusion to some document I was writing. My assistant suggested a period. I looked at the document and realized she was right. I had used enough words. I have ever since tried to remember that lesson, not always successfully.

This is now sufficiently prolix. Period.

This article originally appeared in the Chronicle of Higher Education. Permission to republish has been granted.