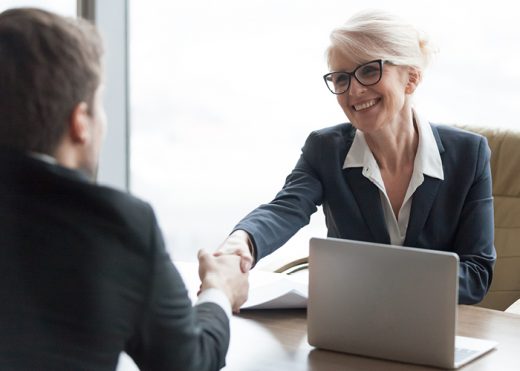 New leaders have a much greater likelihood for early and lasting success if they participate in a well-planned and explicit onboarding process. An onboarding plan for a new CEO, or any executive for that matter, is not “one size fits all.” There is no standard formula or checklist. Developing an effective onboarding plan requires a detailed and honest review of the organization and the new executive.

I often see glazed eyes when the topic of onboarding is raised – for some, the term itself can be dismissed as confusing and/or trendy HR jargon. While transition plans can be as elaborate as an organization either desires and/or needs, there is a simple philosophy to remember to help keep this work in focus — ensuring the right people are doing the right things at the right times to support a new leader.

An effective onboarding plan will focus on the following four general areas:

The new CEO won’t be able to effectively lead the organization without a firm and thorough understanding of the organization, its history, people, culture and short and long term priorities. Though a new CEO should have become very familiar with the public facts and figures as a candidate for the position, there is much more to be learned in order to assimilate effectively into the organization including the culture, the work climate, the internal organization, and political challenges.

Based on a thorough vetting of the leadership agenda and its priorities before and during the search, board leadership and the new leader should have explicit conversations about the desired rate and methods of change at the outset. I often recommend that a search committee function or several members of that committee function as a transition committee that is heavily invested in the success of new leader.

At the end of the selection process, based on interviews, references, social interactions, and the interpretation of formal leadership assessments, the board has a fairly clear picture of the new CEO’s skills and behavioral tendencies.

Onboarding considers which of the new leader’s skills and leadership characteristics will help and which could thwart the chance for success in the new position. A thoughtful plan will account for these and leverage the individual’s strengths while addressing potential derailing behaviors or skill gaps early on in the transition through development opportunities, coaching and/or mentoring.

The board is well positioned to guide the new CEO to establish strategic connections both within the organization and beyond, to key stakeholders from the local or regulatory community. A plan that helps the new executive to identify the individuals who are vital to the success of high priority initiatives, who can serve as supporters, or possess subject matter expertise will speed the development of trusted networks and open communication channels with peers, supporters, colleagues, and board members.

Last but in no way least important, the onboarding plan will clarify the specific, measurable expectations of the new CEO over the first year on the job. What do they need to learn about the organization, its history and most pressing priorities? What are the top priorities the CEO is expected to address, and what results are expected in 90, 180, 365 days? What are the potential threats or derailers? The answers to these questions will drive a plan that can lead to some early “wins” for the executive, and for the organization.

On a final note, successful transition requires a joint effort. Though the board sets the onboarding agenda and the transition period objectives for the new CEO, success ultimately requires mutual commitment from the board and the CEO.

[This article is excerpted from one that was originally published by Directors & Boards. Permission to reprint has been granted.]

← Back to Resource Center