How a Search Committee Can Be an Arbiter of Diversity 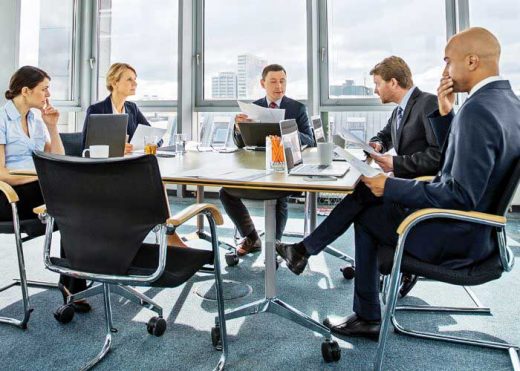 By Lucy Leske and Christine Pendleton

If higher education truly wants to recruit a more diverse pool of campus leaders, it’s going to need to pay a lot more attention to creating diverse search committees and rethinking how they operate.

Every institution talks about the importance of attracting a diverse, dynamic pool of candidates to its leadership search. But to actually achieve that requires a high-functioning search committee — with a membership that is flexible, candid, energetic, and, crucially, representative of the very diversity that people want to see reflected in a newly hired leader.

Yet search committees are used to operating in a certain way, and old rules of engagement die hard.

In our experience as consultants on administrative recruiting, campus search-committee processes continue to differ very little across the board. Many of those processes are presumed to work well — despite the fact that times have changed — which is one reason why we still are not seeing significant numbers of diverse candidates advance to leadership positions.

Often the very things that search-committee members believe are fair, excellent, and inclusive — such as setting baseline credentials for a search — may, in fact, be defeating the purpose and perpetuating existing structures, practices, and inequities. A process that looks fair on the surface can be biased and unfair underneath because of unstated or conflicting agendas.

One example of that has to do with academic elitism. If committee members hold or value a doctorate from a highly ranked university, they might discount a candidate whose degree comes from an institution they’ve never heard of or that they view as lower ranked. But doing so will result directly in a less diverse candidate pool, given that, for decades, many highly ranked universities produced relatively small numbers of nonwhite Ph.D.s.

Candidates who, as students, were denied access to elite institutions, or who felt more welcome at other universities, are now showing up in leadership searches — and are highly qualified and capable. But they are likely to be overlooked or dismissed by search committees that have decided to establish an elite academic pedigree as a baseline credential.

Here are some ways that your leadership-search committee can be part of the solution rather than part of the problem:

Be explicit in defining diversity. Among the first conversations that members of the search committee should have is about what diversity means to them, and what it will mean for the search. Communicating that position — either verbally or, better yet, in writing — is important to developing early cohesion on the committee and helps members better understand one another’s perspectives. It should be reinforced each time the committee meets.

This year, in the wake of the killing of George Floyd and the subsequent protests, we’ve seen a laser focus on racial diversity. That’s important, as representation matters. But even among people who fall within the same racial or ethnic group, there is a range of experiences, values, religions, philosophies, ideologies, and socioeconomic statuses.

When a search committee operates ineffectively, that can negatively affect every candidate. But for candidates whose backgrounds are underrepresented in the hiring pool, the damage can be long-lasting. Candidates want their application treated seriously — and not just as a checkmark on the institution’s diversity report card. When we reach out to diverse candidates, many want to know if the committee is serious about considering someone with their background because of previous negative experiences.

A recent dean search offered a case in point: The search committee itself was very diverse. However, the committee did not engage in the foundational work of discussing what diversity meant to them and how they were going to use that definition in their process. As a result, factions formed. Some members had a narrow view of diversity, which left candidates who did not fit that mold with a bad taste in their mouths about the search. In the end, the committee had a hard time coming to a consensus on any candidates because they never developed consensus up front.

Set the stage for people to express and consider divergent views. Increasing diversity within a candidate pool also depends, in our experience, upon the committee agreeing on a set of principles to guide the search. One of the most important: How will opposing and contrasting perspectives be aired and considered? Committee members (especially the less powerful ones within an institutional structure) have to be able to express their views without fear of repercussions.

Imagine a newly appointed assistant professor — acutely aware that expressing a point of view may end up in their promotion-and-tenure file — speaking up on a search committee to oppose a senior professor’s assessment of a candidate. Likewise, a senior administrator may be reluctant to put his or her views on the line in front of a board chair. And in today’s politically charged environment, many committee members will hesitate to express views that risk aligning them with a particular political party.

We’ve seen all too many searches head off in unintended directions because committee members defer, rather than object or offer another take. Agreeing at the outset on the rules of debate and disagreement can provide a strong foundation for a more diverse candidate pool.

One of our clients did just that. In 2019, the presidential-search committee for the Olin College of Engineering spent time deciding how to work together. The committee defined diversity broadly to include gender, ideology, race, and discipline.

However, committee members were concerned that simple statements could unintentionally bias others during the discussion process. They recognized that what you say, how you say it, whether you say it, and when you say it can change the course of a search. So the co-chairs asked the committee to develop and adopt a set of procedural norms that would enable thoughtful discussion. For example:

As a result of these measures, the committee emitted an open, respectful, positive energy that candidates readily picked up on. If candidates can observe in real time how committee members express divergent views, they will be able to assess whether an institution is a community they want to be part of.

We saw that happen in a recent vice-presidential search. A nontraditional candidate — invited to the first round of interviews — sensed that the search-committee members did not agree on priorities for the new leader or on the climate of the campus. Feeling the tension in the room, the candidate withdrew from the search. The reason? The candidate extrapolated that the wider campus would harbor the same tensions.

Check and recheck for bias. Everyone on a search committee has biases, conscious or unconscious. Like many search committees committed to best practices today, Olin’s presidential search included an implicit-bias-awareness workshop facilitated by an outside consultant. That’s good practice and should be encouraged. Many institutions are now requiring all committees to have at least one member who has been educated or certified in implicit-bias mitigation.

Putting bias awareness into action is essential for it to have any impact. A commitment to holding one another accountable and naming counterproductive behavior is one step. In one presidential search we supported, the committee appointed a “bias interrupter” who was responsible for stopping the conversation in the event of biased language or evaluations, without retribution or criticism. When potential bias entered into the discussion — comments like, “Do you think this candidate will understand our culture?” — the interrupter stepped in.

Those statements need to be called out because they cast doubt on a candidate’s true competencies, skills, and talents — without any foundation; they’re just based on the assumptions of the committee member. If those assumptions and statements are called out respectfully, not in anger or offense, and in a way based on the statement rather than the person, there is an opportunity to move forward in a productive way.

An important benefit of building time into the hiring process for the committee members to examine assumptions, practice behaviors, and listen thoughtfully is that it builds trust. That becomes visible and highly important later on in a search. During interviews, candidates can see when a committee in action has shared values about diversity — or not. And that can profoundly influence how candidates respond and how the final pool is shaped.

Design a flexible interview process. Sometimes the interview process itself is a barrier to diversity. First-round interviews (whether on Zoom or, pre-Covid-19, at an airport hotel) can provide insights into candidates but mostly tend to benefit people with lots of experience in such interviews.

Furthermore, the interview process itself has changed little in the many years we have been in the executive-search business. The questions are more or less experience-based and require the use of examples. The committee members are predisposed to listen for examples that are most relevant to their institution and to discount ones that are not. That works against the creation of a diverse pool. Candidates who know the drill know what the search committee wants to hear, whereas people who are less experienced or coming from different backgrounds or perspectives may not.

We believe that competency- and behavior-based interviews are more likely to yield a strong pool of diverse candidates. In such interviews, committees glean insights into how candidates might perform on the job by probing how they approach problems, especially novel problems, and gauge whether their leadership style would be a good fit for the institution. In a competency-based interview, the committee might ask things like: How would you go about solving problem X? Whom would you turn to first? What data would you seek? What questions would you ask? How would you approach similar problems differently?

Observing leadership behavior in action is key. In many of our presidential searches, we recommend an interim experience between the first-round interviews and the campus visits that end up focusing on massive, open forums. In between, we recommend a hands-on working session (conducted via videoconference or in person) in which the candidate leads a discussion. The idea is to give the search committee additional insight into how the candidates might operate in a more dynamic environment in real time, while modeling their leadership style.

Search committees that willingly do the extra work to incorporate the spirit of diversity in their processes — who define diversity for themselves, freely express divergent views, check for biases, and design a flexible interview process — are much more likely to send the kind of messages that are attractive to diverse types of candidates.

Yes, these are changes from the traditional recruiting process, but those old ways haven’t exactly produced the diverse pool of leaders that higher education claims to want.

This article was originally published in the Chronicle of Higher Education. Permission to reprint has been granted.