How to Retain Your Best Staff Members in Higher Education 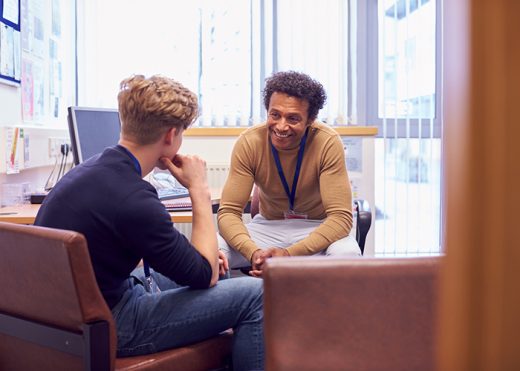 When LeBaron Russell Briggs left the faculty in 1891 to become Harvard College’s first-ever “dean of men,” he was no more prepared to provide leadership on student development than any of his peers. He was an English professor. But President Charles Eliot believed that the business of the college and the idleness of young men demanded immediate adult attention, so he appointed Briggs to pursue the in loco parentis philosophy “in working with male students providing guidance, discipline, and support.”

As a job description, it’s on the vague side. Yet well over a century later, the day-to-day work and responsibilities of staff members in higher education remain mysterious. Lights magically remain on in buildings, payroll is disseminated on time, financial aid is distributed, course schedules finalized, campus events organized. The staff is the daily face of the institution that — while fundamental to its stability and success — is rarely recognized or understood.

It’s no wonder, then, that so many staff members have abandoned higher education in the past two years of campus tumult. I am part of that exodus. I left a 20-year career in student affairs after routinely working 60 hours a week. Even in my last decade as a campus administrator, I never owned a badge or ID that referred to me as such. I was identified as “staff.” We were all clumped together regardless of distinctions in classifications, scope, and level of responsibilities.

Some campus staff members are expected to do a vast amount of work and are underpaid compared with other managers and area directors. But staff disenchantment with the higher-education workplace is not just about the money. A robust compensation package is important, but it will not retain or produce a healthy work culture nor will annual staff awards and recognition meals. My compensation was, at times, generous, but it was not an antidote to the physical and mental exhaustion that came with always being “on” and ready to engage. Staff members are often on the receiving end of the complaints and outrage dispensed by unhappy constituents throughout the campus, yet often feel dispensable, ignored, or tolerated for their invaluable yet unappreciated skill sets.

How to fix workplace culture in academe and retain talented staff members should be high on every administrator’s agenda for the years ahead. What follows are some potential remedies based on what I’ve experienced and heard in my two decades in higher education and in my work now as a search consultant.

Offer more orientation in the first year, and more development after that. When new students and faculty members arrive on a campus, they are greeted by a plethora of introductions to campus life and opportunities to meet people. Orientation programs for new staff hires, however, tend to be far less planned and fewer — if not, singular — in number.

There were times when the student-affairs offices I managed felt like revolving doors. What I observed is that staff members, much like students and professors, needed multiple touch points during and after their arrival on the campus. As an administrator, I noticed that when I organized regular meetings — either as a team or one-on-one with me — staff members remained in their positions longer, and teams worked more productively. Annual orientations, assessments, and milestone check-ins for every staff member could aid in retention. They should occur regardless of where a staff member exists within the organizational chart.

Likewise, invest in professional development for the staff. Having a reputation for supporting and developing staff members will never hurt an institution. Encouraging their development — not only for their current position but also for their future aspirations — increases the value of working at an organization. Not to mention that when people feel like an institution has invested in their individual professional growth and development, they are less inclined to prematurely depart.

There is an old adage that employees do not leave organizations; they leave supervisors. Managers create a culture of belonging or a culture of mayhem and exclusionary practices. But institutions should evaluate managers based on specific goals and outcomes of how well they cultivate a healthy work environment. Otherwise, the institutional efforts cannot outweigh the daily experiences of employees.

Prioritize cluster hires in staff offices. Cluster hiring — recruiting a group of people at the same time — has been used by academic departments and, less commonly, in executive hiring. This practice has been widely successful as it allows recruiters to take into account trends, to fill gaps, and to diversify a department’s expertise all at once. Institutions should consider adapting this approach to staff hiring.

For an array of reasons, cluster hiring in staff offices will not be as seamless or the cohorts as large as in faculty recruiting. But there is something about starting a new job at the same time as someone else that provides a different level of stability and engagement.

Do your own dirty work. I vividly remember an interview for a student-affairs management job in which my prospective supervisor expressed eagerness for my arrival so that I could “clean house.” I turned down that position. While I am more than capable of making hiring-and-firing decisions, I could see that this institution was looking for a mercenary rather than a member of the team.

All too often in higher education a newly hired administrator is expected to get rid of problem staff members. But doing so does not necessarily resolve a toxic work culture. Problem employees who have overstayed their welcome in a department should be dealt with before the new manager arrives. And it’s up to senior campus leaders to determine why bad behaviors and poor performance have been tolerated.

Allowing a new manager or senior leader to slash and burn in the first months on the job only contributes to corrosive relationships between staff members and administrators. Instead, if there is a need to restructure an area, select some key members of the current staff to work closely with the new manager on a plan to turn things around. But making new hires the scapegoat by asking them to fire people they barely know, or restructure offices they are unfamiliar with, only creates divisions.

Sometimes staff members need to grouse about the organization, too. Free speech is a hot issue on most campuses lately. But the staff is rarely included in the debate over who gets to express themselves freely.

I have always believed in collective responsibility. I also do not bite my tongue. As a Black woman, I made the conscious decision that if I was not explicit in my liberation, I would be complicit in my oppression. Higher education can handle opinions. What it cannot handle is the stifling of some and the verbosity of others — especially when the loudest voices exist to critique and never contribute to building a more equitable and inclusive community.

Higher education needs a collective agreement that everyone on the campus has a right to an opinion. The caveat: Opinions should not be allowed to produce or justify campus policies and practices that are exclusive or illegal or that compromise the health and safety of others.

Organizations need to model what freedom of speech and expression looks like in the workplace. Every institution should create consistent free-speech policies that are part of the campus culture and provide outlets for staff members to share their thoughts and opinions about the institution. Gripe sessions have their place, and the staff needs such sessions, too. That way, when there are forums or programs on the future or advancement of an organization, people understand the difference.

With clear standards on expression and speech, employees can make informed decisions on whether or not the organization is a place they feel they can thrive. Intimidating and reminding staff members of their “place” or of “who you work for” only causes more angst and sets an impression of exceptionalism when other members of the same campus are able to express their views freely. In the same way that an organization encourages the development of hard skills tied to performance, it should do so for soft skills and expectations of engagement.

Ultimately, the same level of energy and attention given to the retention of other members of the campus should also apply to the retention of staff. If the expectation in higher education is to model citizenship, mutual respect, and belonging, that has to be available for every member of a campus. After all, staff members are people, too.

This article originally appeared in the Chronicle of Higher Education. Permission to reprint has been granted.