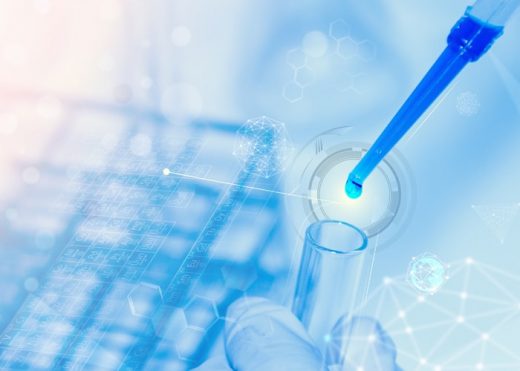 What does good integration of commercial insight into R&D look like? Importantly, should commercial people be involved in the early stages of R&D at all?

These have always been hotly debated topics in corporate life. Our experience with our portfolio of clients gives us a unique perspective that enables us to identify alternative models employed that can both create and – perhaps more importantly – sustain a firm’s competitive advantage.

Typically, when deliberating the issue of establishing an effective interface between R&D and Commercial Strategy in pharma, the focus has primarily been on understanding how to best integrate each entity. To do this means understanding and recognising the power asymmetry between the two functions. Using this knowledge to determine the relative value of one versus the other in different settings can help us better pinpoint the overall market orientation of a pharmaceutical company.

Many organisations that integrate Commercial Strategy and R&D in the formulation of product development strategy often report a degree of tension between the two functions. That said, most leaders today recognise that performance is a function of the quality of the company’s business processes, which require smooth and close interfaces among all stakeholders. Above all, it is the quality of the interface between R&D and Commercial Strategy that is clearly a determinant of innovation performance.

A plethora of pharmaceutical and commercial stage biotech companies have moved from functional specialisation to an approach centred on creating a cross‐functional therapeutic task-force – this certainly seems to lead to the right focus on new product development and on-time delivery in relation to given global R&D programs. However, many still lament that such a targeted approach can sometimes lead to missed opportunities for innovation at portfolio level given the tendency to de-prioritise ideas that are not directly related to the core modality or core disease areas of the organisation. To this point, external collaborations and alliances have become a fundamental source of innovation, and the ability to manage them effectively is essential for maintaining competitive advantage in the pharmaceutical industry.

The question around the best way to manage the interface between Commercial and R&D is well-documented (and deliberated) in management literature. Which leads us to ask: How do pharmaceutical companies integrate Commercial Strategy and R&D? Are there models that have proved more successful than others? What differences do we see between pharmaceutical and biotech organisations on this point?

Reflecting on our experience in assisting our portfolio of clients across pharma and biotech, the answers to these questions are not as straightforward as one might hope. This was something we wanted to better understand when we got together with several leading players from within the biopharma space for a workshop in central London in partnership with Novasecta.

The session – as you might expect when representatives from both Commercial and R&D teams were present – essentially debated if the marketing function should be brought into the development process at its inception, or at a later stage. What is clear both from the workshop and anecdotal evidence gathered from our clients is that irrespective of viewpoint there is one central element that should unify both the commercial and R&D entities: the patient.

The patient should be at the very centre of innovation regardless of which functional perspective is taken; it’s the “lightbulb” towards which all functions should gravitate. Against this backdrop, it was highlighted that one of the fundamental aspects that really drives alignment across R&D and Commercial Strategy is a common system of incentives across all stakeholders in the program (Regulatory, Marketing, Market Access, Clinical Development and Commercial Strategy) and centred on the same outcome.

As search consultants, we see a wide range of approaches adopted to ensure effective decision-making on key aspects of product development and commercialization. Ultimately, however, designing a reward system that is consistent across all functions remains a challenge.

Indeed, as highlighted during our workshop, quality of cross-functional interactions and reward systems are ultimately determined by the broader organisational model and culture of any given company. While in some cases we can identify models and cultures that can be described as “R&D centric,” in others we come across organisations that can be viewed as “Marketing driven.” Such distinction reflects directly on the overall organisational set up. In the former, we find that a broader range of functions such as Business Development and in some cases even Medical Affairs sit under a Head of R&D while in the latter they would ultimately (and indirectly) report to a Chief Commercial Officer or Divisional President.

And size matters too…

To this point, it is interesting to look at the difference between prevalent models in pharma as opposed to biotech where the Business Development function can play a critical role in integrating the commercial and scientific imperatives of an organisation.

On a more general level, a key question raised during the workshop was whether Business Development can be a better commercial voice than “sales” or “commercial strategy.” As several attendees pointed out, a good BD executive can play a vital role in adding value in terms of commercial insight and in bringing together scientific and business acumen by building real depth in a therapeutic specialty. This can be in the form of informing R&D strategy and importantly, in providing an up-to-date view of how pharma is valuing different types of assets in a therapeutic area; a great BD executive can tap into their networks to gain valuable intelligence.

One of the key takeaways from our roundtable is that in order to increase the quality of the interaction between R&D and Commercial Strategy, organisations should look at capabilities as opposed to functions. Simultaneously, they should also retain a focus on integrating teams supported by governance models and reward systems that are consistent across the board and designed around one main outcome. As many pointed out, this approach can also lead to a more effective portfolio strategy and above all, to more rational R&D investment decisions.

In line with this, the Commercial Strategy team can play a vital role at the earliest stages of product development; however, on a broader basis, there is a cultural challenge based on the need of many organisations to break down silos between functions by forming cross-functional groups and becoming members of a high performing team.

In summary, there is general acceptance of the need to use commercial insights in the early stage of decision making; this is viewed as a key factor in enhancing product development. However, while the trend among pharmaceutical and biotech firms of implementing Marketing/R&D integrating mechanisms is well established, there are still important questions regarding Marketing’s contribution to new product development, and how to assure that contribution is leveraged.

Our key takeaways from this gathering: