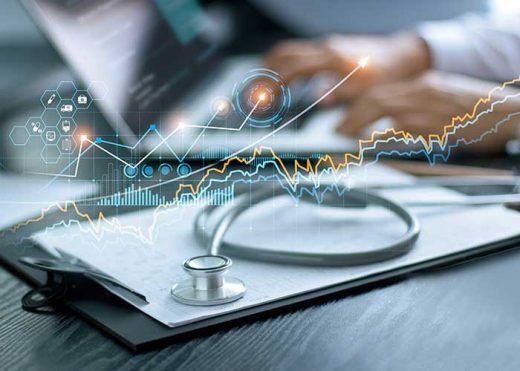 Inflation, rising interest rates, reduced access to capital, and intense competition for talent have all contributed to the unprecedented CEO turnover the healthcare industry is experiencing this year. These challenges have caused hospital/health system executives to rethink their professional futures and boards to more closely evaluate leadership.

According to the outplacement firm Challenger, Gray & Christmas, 62 hospital CEOs exited their roles through the first half of 2022, up from 42 during the same period of the previous year. This increase in CEO turnover is more significant than the numbers indicate, as the total number of hospital/health system CEO positions has declined over the last decade due to hospital closures, M&A, and restructuring that created leaner leadership teams and fewer CEO roles.

CEO turnover is a momentous event that impacts community and medical staff relations, culture, and financial performance. One overlooked aspect of a CEO transition is the downstream executive turnover that will inevitably happen. According to ACHE, within one year of a CEO’s departure, there is also significant turnover in positions such as Chief Medical Officer, Chief Operating Officer and Chief Financial Officer.

Thoughtful succession planning and continuous leadership development can reduce the risk associated with a CEO transition, but may not be sufficient in an industry and economy in a state of constant, accelerating, disruptive change.

While the increase in executive turnover is alarming, it has also contributed to the quiet growth of a group of experienced, ready-now hospital and health system leaders across C-Suite disciplines.

In the past few months, I have had the opportunity to speak with dozens of recently retired healthcare executives. During these conversations, a common theme emerged: After several months of retirement enjoying vacation, family time, and general rest, these executives have a desire to continue to contribute to the healthcare industry during one of its most challenges times, albeit in a scaled-back capacity as an interim leader.

There has never been a group of interim leaders as experienced, capable and available than there is today. Given the tight labor market (with unemployment below 4%) and an uncertain housing market, it can be more difficult to recruit permanent leaders than in previous years. Hospitals and health systems can benefit from broadening their talent strategy to include the recruitment and selective use of interim leaders – either directly or through a partner who has already established a network.