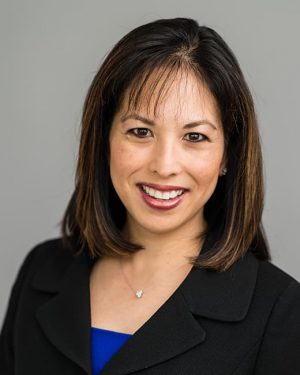 Shelley Arakawa, J.D. is an advocate and change agent with a passion for strengthening access and excellence in education. In her executive search work, she brings a true appreciation for the role that leaders play in transforming institutions and contributing to the larger society. Based in Pasadena, California, Shelley provides expert counsel and guidance on searches ranging from presidents and provosts to vice presidents and deans.

Shelley has nearly 20 years of broad, dynamic experience within academia. Before joining WittKieffer, she served as the Director of Regional and Campaign Giving for Punahou School, one of the largest single-campus K-12 independent schools in the United States. In this role, she helped build the infrastructure for regional alumni involvement, and increased financial support for key initiatives.

Prior to this, Shelley held senior roles with the College Board, leading the higher education team in forging innovative and collaborative partnerships with about 350 colleges and universities. Among her many accomplishments with the College Board, Shelley launched the organization’s first Native American Student Advocacy Initiative and directed the Summer Institute on College Admissions and School Relations and the Enrollment Leadership Academy. Shelley has additional non-profit experience with the Foundation for a College Education, and held admission roles with Stanford University and Dartmouth College.

Shelley is an accomplished speaker and has presented on diversity and inclusion in relation to college admission. She was the inaugural board chair of Words2Action, a nonprofit that produced TEDxPasadena and strives to empower muted voices and transform intention into tangible action. She was a board member of College Horizons, a group facilitating the pursuit of higher education for Native American students, and an associate member of the Association of Black Admissions and Financial Aid Officers of the Ivy League and Sister Schools (ABAFAOILSS). In addition, she has completed the eCornell certificate program in Diversity and Inclusion, which focuses on improving employee engagement, counteracting unconscious bias and fostering an inclusive work climate.