7 (More) Qualities to Look for in a College President 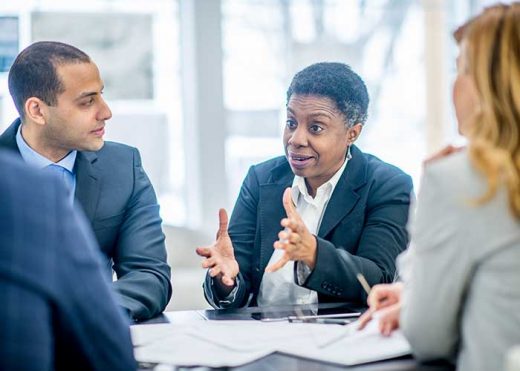 By Robin Mamlet and Sheila Murphy

Four years ago, we wrote an essay for The Chronicle of Higher Education on six essential qualities to look for in a college president. They were characteristics — such as a sense of emotional intelligence and an appetite for data and analysis — that search committees had identified time and again. As executive-search consultants with many presidential recruitments under our belts, we think those six qualities are as relevant as ever, but they are no longer enough.

Much has changed during the past few years, of course. In rethinking this topic and consulting with colleagues as well as sitting presidents, we have identified a set of additional qualities that every campus C.E.O. should possess. What follows are seven interconnected traits essential to success in the top job on any campus.

No. 1: An ability to lead in this era of intense social activism.

Even before the murder of George Floyd, the political tenor on college campuses was changing. Conversations between presidents and students, in particular, were increasingly strained and discordant. In the aftermath of Floyd’s murder, it became even more essential for leaders to be adept at encouraging civil discourse — especially regarding concerns about systemic racism or about campus buildings, statues, and monuments named after now-controversial figures.

In every presidential recruitment we do now, the institution puts a premium on candidates with a proven ability to:

No. 2: Expertise in crisis management.

The pandemic has ended business as usual across higher education. Faculty and staff members are burned out and many institutions are experiencing staff shortages. The Great Resignation is very real on some campuses. Students — especially with regard to their mental health — are under duress and at risk.

The pandemic has brought many institutions to a point of crisis. For others, this moment is less existential but no less crucial. Search committees are keenly aware that this is a defining moment, from which their institution will emerge either as stronger or … not. They seek leaders who can truly empathize, who not only care deeply about the people in the organization but can adeptly respond to their needs.

No. 3: Strong advocacy of a college education.

Is the degree worth it? The realities of our post-COVID world have sparked renewed questions about the value of the traditional, four-year campus experience. A pervasive idea among more and more parents: If a student can find a good job out of high school, can’t that substitute for a bachelor’s degree? (“Why can’t my kids go to work at GM or Google and get a vocational education there?”) Indeed, a recent Georgetown University study found that the pay gap is narrowing between college graduates and the pool of people who are either high-school graduates or only have limited higher education.

What does that mean for today’s presidents? They must be skilled advocates of their missions and of the long-view benefits of a college degree. Theirs must be a highly public, countervailing voice that meaningfully influences both the local and national conversations. Today’s presidents must inspire in this era of trying circumstances.

No. 4: An optimistic, opportunistic view of partnerships.

In the past, when campus leaders talked about strategic alliances, they mostly focused on mitigating some mutual weakness — for instance, three struggling institutions in the same city that  join forces to share resources and cut costs. The framing for that kind of partnership is, “We’re all in trouble and we need to do something to eliminate redundancies.”

Today’s savvy presidents, however, seize on partnerships in the spirit of entrepreneurialism and “coopetition.” Their framing is, “We’re in a position of strength and could become even stronger if we engage with our fellow institutions differently.” This new model is not about overcoming constraints, making course corrections, or plugging holes. It is about expansiveness and aspiration — doing something collectively that a single institution can’t do well on its own.

No. 5: A nuanced understanding of how to defend freedom of speech and ideas.

Academe’s reputation as a marketplace of ideas — where freedom of expression is valued and protected — has been increasingly challenged of late. Activists on the political left argue that a college or university should not spend money or give voice or visibility to speakers whose ideas they deem abhorrent and antithetical, especially to such deeply held values as diversity and inclusivity. Meanwhile, when an institution rejects or disinvites guest speakers whose messages are said to promulgate hate and violence, or to hurt and devalue certain groups, activists on the political right rush to label it as a devotee of “cancel culture.”

These often reductive arguments make front-page news and are one of the most complex issues facing campus leaders today. Presidents give each other knowing glances if they have weathered such storms and spent large sums of college money shoring up security.

This is lose-lose territory for a president, and a symbol of how fractured community life has become. More than ever, search committees value job candidates who have shown they know how to tread carefully among conflicting perspectives on all sides of an issue while remaining effective advocates for the open discourse that is the lifeblood of academe.

Fissures between trustees and faculty members have multiplied as both sides strive for what each sees as in the best interest of the institution. Many trustees (rightly so) believe we are in an unprecedented era that requires agility and quick, decisive action, while faculty members (rightly so) hold firm to the principles of shared governance, believing that additional perspectives and input lead to better outcomes, and asserting their right to weigh in on matters of institutional import.

A sobering statistic: Faculty participation on presidential search committees has dropped recently for the first time in a century. As a result, presidents must negotiate a fine line, engaging with two parties that are often at cross-purposes and mistrust each other.

Higher education has to shift gears more rapidly than it used to. While academic tradition favors discourse, iteration, and inclusiveness, presidents today must make more decisions in less time.

We see that playing out in presidential searches: More and more committees are looking for candidates who move quickly and intentionally toward achieving concrete goals. In today’s fast-paced and highly dynamic environment, pace matters. Some academics might label this “speedism” — the idea that faster is smarter and better — but, like it or not, it is a tangible reality of today’s higher education leadership that has crept in from the corporate world.

Presidential candidates must check an inordinate number of boxes in order to show they are qualified and capable of leading an institution through complex and nuanced times. There are inherent contradictions in the must-have lists that search committees grapple with every day:

On our increasingly polarized campuses — as always, reflective of the state of society — candidates for presidential roles walk a very narrow path. They should prepare for discord, anticipate pushback and resistance, and, above all, recognize the noble calling that is higher-education leadership.

This article was previously published in the Chronicle of Higher Education. Permission to reprint has been granted.