Home / Resources / A Snapshot of the Biotech Industry

A Snapshot of the Biotech Industry 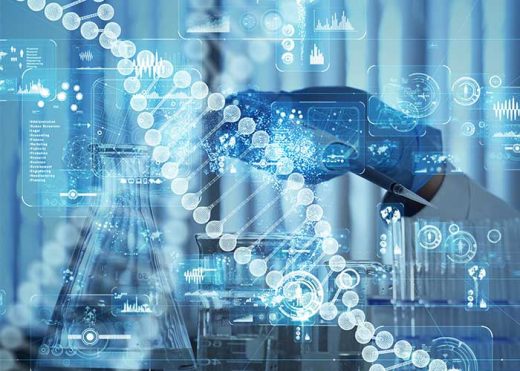 According to a recent report from a leading management consulting firm, biotech investment between Q1 2021 and Q2 2022 was down by 63 percent, following a period of long-term growth within the sector. But before we reach for the panic button, it is important to remind ourselves that we have been here before.

Indeed, while a drop in the amount of capital being raised is not what we want to see it is also characteristic of the fluctuations the market has experienced for the best part of a decade. As the report rightly states, “biotech stocks have soared far above the S&P 500 multiple times, only to fall back to market-level performance.”

However, it doesn’t necessarily follow that these trends will impact the next 10 years. If we have learned anything from the COVID-19 experience it is that predicting the future with any degree of certainty is futile.

That said, there are events taking place in the here and now that are already influencing activity levels within the biotech sector that have the potential to shape its future, at least in the short to mid-term. So, what are these key influences?

It is true that the market has slowed over the last couple of years compared to the previous high enjoyed in 2020 when capital was arguably more accessible, and IPOs and deals were completed at a rate of knots. But this is a sector that has a 10-year track record of repeated slowdown followed by repeated acceleration only to out-innovate and out-perform most (if not all) other areas of the economy during this time.

More importantly is that while the IPO market has been heavily impacted, feedback from our clients is that there is most definitely still cash in the system – specifically in terms of VC financing, as proven by the trend of increasing size of financing rounds in Europe (and even more so in the U.S.).

However, looking at the current status of the sector, our clients and partners are inevitably adopting a more cautious approach towards investment decision making; there is an increasing trend of portfolio prioritisation and re-allocation of resources towards programs that can generate clinical data and, ultimately, increase valuations. This ultimately brings a greater level of emphasis on R&D execution with most biotech companies pausing on their ambition to go public on the Nasdaq over the next two years.

Against this backdrop, we are noticing a different perspective on the desired and prevalent skill-sets biotech companies are now seeking to acquire. While fundraising and the ability to interact with investors remain important aspects for most senior leadership roles to recruit, there is certainly now a significant interest in leaders who have a strong and demonstrable track record of pipeline and R&D execution coupled with a solid scientific background as opposed to raising capital.

This trend is further substantiated by an increase in demand for senior Research and Development profiles including Chief Medical/Chief Development Officers and Chief Technical Officers as well as senior functional leadership roles in Regulatory Affairs, CMC and Pre-Clinical Science that can support biotech companies in achieving inflection points in the short to medium term.

Then there are geopolitical factors to consider. We only need to take a look at the ongoing conflict in Ukraine to see the challenges of overcoming significant disruption caused to supply chains. But this is only the tip of the proverbial iceberg. Such situations exacerbate already uncertain market conditions and pose a real threat to an organisation’s ability to scale if they are unable to procure the resources and networks they need.

Against this backdrop, however, competition for new ventures becomes increasingly fierce with VC firms generally paying increasing attention to early-stage ventures and with U.S. VC firms now seeking seed stage investment opportunities in Europe where there is great science with lower valuations. This trend reinforces the global dimension of the market in a sector like biotech that has always been international by its own very nature.

This is all compounded by the intensifying competition for talent which becomes increasingly global and shows no sign of slowing down just yet. Our experience of placing senior leaders in biotech over the last twelve months confirms the trend of increasing talent migration across geographies with candidates relocating between North America, Europe and Asia Pacific. To this point, despite the geopolitical events shaping the market over the last few years (Brexit, COVID, Ukraine war), biotech remains most certainly a sector that requires executive search efforts to be international (if not global) in terms of geographic scope.

Against this backdrop, it becomes clear the enormity of the challenges facing today’s biotech leaders. Yes, the sector will invariably continue to flourish over the long term, but there are many hurdles that need to be overcome in the short term to ensure this happens. This in turn is resulting in a very particular set of characteristics among biotech leaders that are unique to the sector itself.

In summary, despite the recent slowdown in the market (and its consequent negative impact on valuations), there is still significant interest and investment from VC companies into biotech. Competition for talent will continue on a global scale with focus on leaders that can bring an edge on R&D strategy and execution, specifically in emerging modalities such as cell and gene therapy and RNA.

There is a statistic that is rather worrying: according to the analysis of another leading management consulting firm, four in 10 tech leaders are failing. Almost half. This is higher than in any other sector of the economy. While there are a number of possible explanations for this unacceptably high figure, chief among them is the difficulty that many biotech companies have in identifying the skills that are needed to succeed as a leader in this space and even more so in Europe than in the U.S.