What Governing Boards Need Next 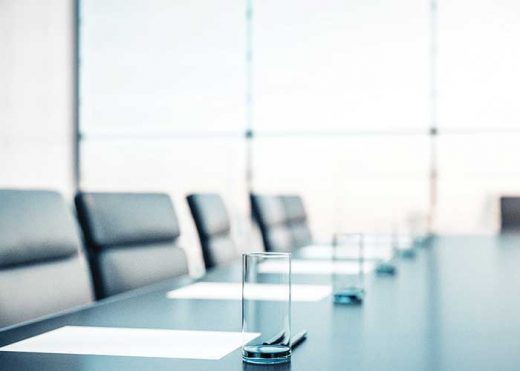 COVID-19 and the recent social unrest and protests in the U.S. caught boards of directors by surprise just as much as it did CEOs and their executive teams. The challenge for boards has become supporting management’s ability to cope and address these issues – without adding to its burden. Now months since COVID began, and as society changes dramatically, boards are reflecting on their role and looking ahead to what’s next. In the following interview, WittKieffer senior partner Jim King, leader of the firm’s Board Services Practice, looks at how the current state of flux is influencing the boardroom and how boards can:

“Long term,” King says, “the question becomes, how do we evolve to meet our mission but do it very differently?”

First, what is a board’s responsibility related to diversity, equity and inclusion as protests and social movements call for organizations to change?

King: Keep them on the board’s agenda permanently. Matters of diversity, equity, and inclusion are usually tied to an organization’s mission and values, and therefore they’re everyone’s responsibility. They shouldn’t only arise during conflict or crisis. Working with the CEO (and closely with the CHRO and other leaders), the board should take responsibility for short- and long-term objectives in terms of how the organization can be more diverse and inclusive itself, and in its policies related to how it conducts business and presents itself to the outside world. Boards must work proactively with their CEOs to re-evaluate their organization’s role in addressing and supporting social change. It goes without saying that boards should strive to recruit women and underrepresented minorities to enhance the diversity of their own membership.

Now that COVID-19 has been with us a few months, what have boards learned about themselves?

King: They’ve learned that crises bring out the best in some members, but expose weaknesses in others. I spoke with a board chair the other day who told me that COVID-19 made him realize that most of his board was superb but that he had a few holes he wasn’t aware of previously – that is, a few members were getting crushed by the combined pressure from their personal lives, their own business responsibilities, and their board service. These were individuals who thrived as board members in normal times but just weren’t performing during the pandemic. Crises can be very revealing.

What defines those board members who have excelled during the recent upheaval?

King: The most important quality for board members – and CEOs, too, for that matter – has been the ability to maintain a calm demeanor, even if inside they are scared stiff. Everybody is looking to the board and CEO for answers. They’ve got to convey confidence.

What are the implications for future board member recruitment?

King: You now have to ask the question: How will this person perform in a true crisis? It’s very difficult to know. Boards will be looking for new members who have served on other boards during times of disruption or organizational crisis. One example will be people who were on boards during the 2008-2009 great recession and helped their organizations weather that storm. And of course, board diversity is critical. Recent events will prompt more boards to get serious about having a membership that truly reflects its mission and represents the breadth of its stakeholders.

Given the enormous pressures on CEOs, where does succession planning fit in terms of current board priorities?

King: It’s near the top of the list. Succession planning has always been a bit of a blind spot for many boards. But when COVID-19 hit, even the most prepared boards began to realize that they needed to go two or three layers down – if something happened to our CEO, do we have an identified successor, and then who steps in if the identified successor got sick, and so on. What’s needed is succession planning on steroids that many boards have never thought about.

Ultimately, how will governance change as a result of the pandemic and recent social movements?

King: I think they have made boards and CEOs realize how much they need each other – that we’re all in this together. It’s uncharted territory, so good CEOs are really appreciative of the brain power that’s in the boardroom. They’re all working in partnership much more than I’ve ever seen. And they’re really getting to know each other, because a typical COVID-era cadence for board meetings is every week or two, as opposed to quarterly or biannually. I expect the long-term effect will be that boards and executive teams will work together more closely than they ever have.