Home / Blog / Why Aren’t More Women at the Top?

Why Aren’t More Women at the Top? 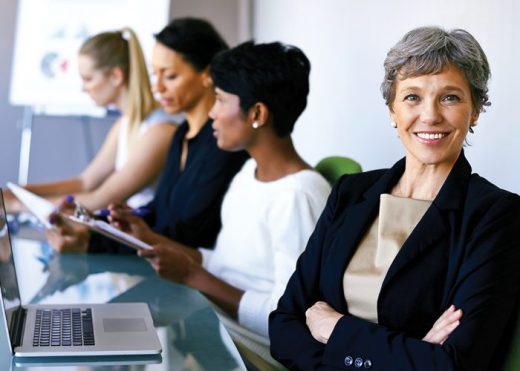 Twenty-one percent. According to McKinsey, executive teams that are gender diverse are 21 percent more likely to outperform their peers. That’s a significant figure. If we needed another reason to advance women’s leadership in the C-suite, this is it.

Still, for the latest cover story of Healthcare Executive magazine, I found myself in a familiar situation of being asked by a reporter, Susan Birk, about whether women have made enough progress towards greater representation in leadership. I paused, giving it thought. Yes, women in healthcare and other industries have made strides. We know that more women are ascending to the CEO role. And for the first time all S&P 500 companies have at least one woman board member.

However, I told Birk, it is still not good enough. More real structural, organizational change needs to happen. “What are the real practices we can put in place?” I asked her rhetorically. “It’s good to talk about gender diversity and say we have a commitment to it, but how do we ensure that the pool of candidates is diverse?”

Some experts believe we need to solve a “pipeline problem,” even in industries that traditionally have more female workers than male. The Wall Street Journal recently asked, given so many women in healthcare, why aren’t more at the top? They attribute the dearth to early-career issues—fewer women than men are getting hired to initial managerial roles.

Still, as an executive search consultant, I know that women face mid- and late-career challenges as well, and that the executive recruitment process can itself be inequitable. For instance, my colleagues Jeffrey Schroetlin and Joyce De Leo in our Academic Medicine and Health Sciences Practice, recently conducted informal research on how men and women responded to job inquiries for dean of medicine positions: If contacted by a search consultant, they learned, a man is twice as likely to express interest in a position than a woman; however, if a woman is nominated by a colleague, that difference disappears.

In addition to nurturing job nominations for women, ideas for supporting women leaders, courtesy of Schroetlin and De Leo, include:

Building momentum towards ever-increasing numbers of women in leadership roles requires creative and systemic change, and means supporting women at all phases of their careers. One organization making inroads in healthcare is the Carol Emmott Fellowship, and WittKieffer is proud to be an inaugural sponsor of its Gender Equity Collaborative, a knowledge-sharing network of more than a dozen major health systems.

Why aren’t more women at the top? Let’s keep asking this question and looking for answers.

Gender and Career Advancement in Healthcare

Gender in the Job Interview