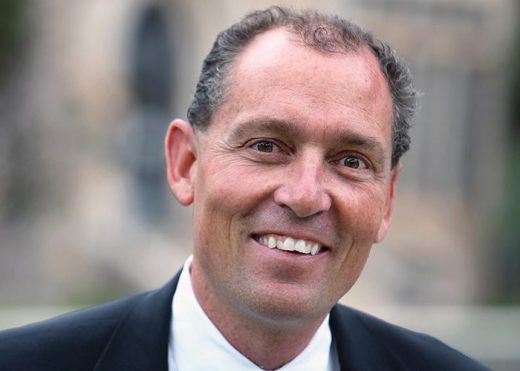 Sean M. Pieri has been named Vice President of Development for Driscoll Health System. Pieri, who has 30+ years of experience in institutional advancement, will oversee Driscoll’s fundraising, marketing and community-relations efforts.

Pieri has served as Vice President for Advancement at Colorado College in Colorado Springs, Colorado, The College of William & Mary in Williamsburg, Virginia, and the United States Air Force Academy. In each role, he was the strategic leader and builder of nationally recognized and record-setting advancement programs. He has also served in leadership positions at the United States Olympic Committee, the University of Washington and DePaul University.

“Sean puts enormous energy into all he does, and he has developed great prowess in the field of development over the course of his career. He has accomplished an amazing amount, and is poised to lead an enterprise critical to the success of the Hospital in the future. We are delighted to have him join our team,” said Eric Hamon, President and CEO of Driscoll Health System.

Pieri, who received his Bachelor of Arts from the University of Notre Dame, and a Master of Business Administration (MBA) from DePaul University, said, “It is both humbling and an honor to have the opportunity to serve Driscoll Children’s Hospital, and assist them in the most noble of causes, providing medical care for the children in South Texas. I look forward to working with Eric Hamon and the Development Foundation’s Board of Directors in fulfilling their vision, and working with the many benefactors in creating a transformational difference for the hospital and community. I also look forward to becoming an active member of the vibrant communities of South Texas.”